Market Outlook: Where We Are and Where We May Be Headed 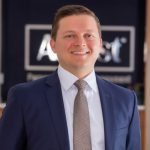 Q4 2018 – Q2 2019
Since the end of 2018, equity markets have staged an emphatic rally, completely reversing the selloff in Q4. Market participants appear to have swung from fear-based selling in the fourth quarter to fear-of-missing-out buying in the first half of the year. Nevertheless, market sentiment remains fragile, as demonstrated during the volatility spike in May, and any further flare in global geopolitical or trade tensions could spark another correction in the short term. We see an increasing number of signals indicating that we have entered a higher-risk juncture in this stage of the economic cycle. Slowing growth across the globe, increasing geopolitical and trade tensions, elevated equity valuations and limited room for monetary policy to ease in case of a slowdown all suggest to us that managing downside risk is most prudent at this time.

U.S. equities have led returns so far this year, though international developed markets and emerging markets are up significantly as well. Notably, in the United States, cyclical stocks such as technology, consumer discretionary, and industrial stocks have outperformed other sectors, which has led valuations in those areas to push well above average. In international markets, developed markets have moderately outperformed emerging markets year-to-date, though Japan has lagged. Fixed income markets are also up since the end of 2018, led by credit-oriented sectors such as high yield bonds and emerging market bonds. Interest rates in the United States have continued to decline in the second quarter, providing a tailwind for bond prices and long-duration investments, as well. Crude oil prices have risen sharply in the first half, up roughly 26 percent year-to-date.

The Outlook
We continue to expect global economic growth to moderate in 2019, though we view the likelihood of an economic recession to be modest in the near term. Data on global economic conditions has continued to surprise on the downside so far this year. While we expect this trend to continue, global central banks are trying to counter this slowdown with new monetary easing policies to stimulate growth. China’s increased fiscal stimulus has had a particularly meaningful impact on positive sentiment across global markets this year. The U.S. Federal Reserve has communicated that it is in a wait-and-see mode regarding additional interest rate cuts after the one made on July 31. The Fed appears to be under pressure to keep rates low. We think that in the absence of a more dovish stance, the dollar may become even stronger as other central banks continue with their stimulative monetary policies.

Given our outlook for moderate economic growth, we believe long-term interest rates are just as likely to rise as they are to fall after the latest Fed rate cut, leading to a steeper yield curve. Muted growth is likely to necessitate a consistent income component in the portfolio to generate returns without sacrificing portfolio liquidity and quality.

Stock valuations are presenting fewer attractive entry points as markets continue their uptrend. Corporate earnings growth is likely to decrease over the coming quarters, due to the impact of rising labor costs and diminishing tax-cut effects. While there is a modest chance of an earnings recession this year, we would expect earnings to recover thereafter. In the healthcare sector, we are starting to see glimpses of the 2020 election noise putting pressure on stock prices, especially in areas that are hotly debated by politicians, such as affordability and entitlement programs. As a result, healthcare is an area in which we expect to see opportunities emerge. In addition, the digital infrastructure subsector is of keen interest for future opportunities. For instance, the buildout of the global 5G network and the smart grid to accommodate autonomous vehicles represent attractive medium-term meta-trends, and may be accelerated by future fiscal stimulus programs in the United States, China or in other major economies.

What Can We Expect?

Overall, we believe the interplay between decelerating economic growth (a negative), supportive policy stance of the global central banks (a positive), pressures on corporate profitability (a negative) and increased attention toward political events (positive or negative) will result in a more volatile market environment than investors have grown accustomed to over the last decade. In this environment, we believe it is critical to actively manage the level of risk in our clients’ portfolios and also to take advantage of opportunistic trades when they become available.

Speak with your Altfest advisor or schedule a complimentary consultation to discuss how to optimize your financial wellness.

Ben Lake, CFA, CFP®, works with clients and their families to develop and execute financial plans designed to achieve their financial goals. He implements and monitors investment portfolios tailored to clients’ goals and risk tolerance. Ben is a graduate of Northwestern University.