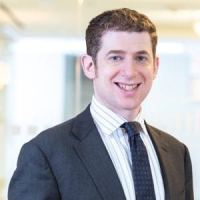 Andrew Altfest, MBA, CFP ®, has been extensively quoted in a recent article by Financial Advisor Magazine, “Some Advisors Breathe Sigh of Relief As Build Back Better Fails.” This article discusses how high-net-worth clients could have benefited from some provisions of the Build Back Better Plan, especially the proposed expansion of the state and local tax deduction from $10,000 to $80,000. Below are the key takeaways from the article.

Why do corporate profits matter for your portfolio?

Inflation is high – could consumer optimism make it worse?

Rethinking 65: Is Your Staff as Well-Diversified as Your Clients’ Portfolios?

Video: Lunch With Lew & Andrew, How Altfest is Investing in the Current Environment

MarketWatch: This veteran money manager has seen it all. These 19 dividend stocks pass his rigorous quality screen right now