President Joe Biden’s proposed Build Back Better plan, which has passed in the House of Representatives, is aimed at investing in infrastructure, children’s education, and green energy. Because of the proposed tax changes to pay for accomplishing these goals, we advise everybody to take a look at their tax strategy to make sure they are prepared for the coming changes.

One of the largest changes to the current tax landscape is the closing of the backdoor Roth conversion. We highly recommend addressing this change as soon as possible, if you would like help with this process, please let us know. Other methods to protect your income are to defer state, city, and property taxes to the extent they are available. Delaying income, charitable donations, and retirement planning are all topics that will be covered in this article.

Before we talk about all the ways you can save money on your taxes this year, let’s briefly review the major provisions of this proposal that may have an impact on your taxation, whether you have your own practice or work for a healthcare provider, then touch on a few possible solutions.

One of the most frequent questions we receive is in regards to how individual taxes will change with the current proposed legislation. The bill does include higher rates but those rates will only be targeting the top, most wealthy, earners. Those making over $10 million per year jointly will be taxed an additional 5% on the existing 37% they are already taxed. On top of that, those making over $25 million per year will be taxed an additional 3% making the total tax rate 45%.

This does not include pre-existing state and local taxes, which puts almost every state’s tax rate at approximately 50%. This is because of the additional charges you can have within individual taxation, such as net investment income, net investment income in the past, and passive income activities. 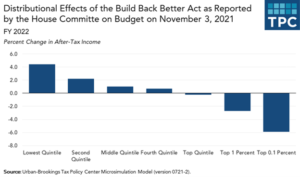 Same idea here with businesses, the net investment income can be tax fiduciary, or the trustee is actually active in the business. It’s not just a passive business. They’re going to take that away. And predominantly that’ll be almost everything because if you’re having a business in here to earn 13,000 is probably pretty minor unless you’re just like a really minor partner and it sits on the side.

Originally the bill aimed to increase the top tax rate by 39.6%. In its current form, that no longer seems to be the case. For individuals and trusts, this will no longer be an issue. So everybody in that tax bracket can breathe a sigh of relief.

An increase in qualified business income tax is also something that is no longer in the bill. If you have your own private practice, you know that you’re limited to a certain amount of income because of your service industry business status. The limit is approximately $400k after that, there’s a phase-out and then you don’t get the 20% deduction to try and bring your business down as if it was a corporation, which was designed to entice people to not become C-corps for their lower tax rates.

Initially, there was a conversation about increasing capital gains taxes to 25% for anybody earning over a million dollars. This has been cut from that bill as well. There was also a discussion about taking the carried interest over a certain point and converting it to ordinary income where earners paid 37% as opposed to 20%. That as of right now isn’t happening either. Not that this is going to affect you directly, but if you are invested in a hedge fund or investment firm, that might affect how they invest and whether they even keep the fund open, and if it’s worthwhile to them as opposed to making it into a private family office and closing down some of the funds.

I know this is popular. When you speak to doctors, they have typically sold their practices to larger groups. However, they might still own the building. Dentists are not in that same situation where hospitals are buying up practices. Groups are coming together and you still might physically own your building. The discussion was to remove the discounted valuation for a minor owner.

Example There are 8 equal owners to a building. Everyone has a minority share. This valuation comes from your lack of control and the marketability of your share if you have to sell. Let’s say it’s a $4 million building, everyone has a half-million dollars market value. However, unless the entire group is selling, you could not sell your share for that amount. Through this discount, your value of the property is reduced, which can save on taxes if sold.

What the Democrats have proposed in the most recent bill is you’d have an $80,000 limit, that would be effective until 2030. Then after that, it would go back to the $10,000 permanent rates. The reason they’re doing that is they feel by 2031, someone else will make adjustments to the SALT limit, they’re just kicking the can down the road.

A $80,000 limit is really, really high, compared to the previous $10,000 limit. Bernie Sanders has made a proposal in which the SALT deduction would phase out once you earn over $400,000. Some commentators feel the $80,000 cap will be reduced in the final bill.

You will be allowed to do Roth conversions currently under certain circumstances up until 2032, then they’re going to have income limits that will prevent conversions for high earners.

If you have retirement funds that increase and you can accumulate $20 million, as of the balance of December 31st, the prior year, you’ll be required to remove anything over that $20 million, 100%. The balances between $10 and 20 million, you’ll be required to remove 50%. Roth accounts over the $20 million must be the first removed. This is not going to affect many people, but if someone has a business and they are able to start really early and put away a lot of money, $50,000 a year or so, if they’re self-employed later in life, yes this can happen.

These rules don’t take effect until 2028, and this is not a requirement at age 59 and up. If you are 40 and you have $10 million, you’re going to be required to take it out. There will be no penalty for early withdrawal if you’re over the limit. So no additional 10% penalty, you’ll just pay the tax on the money that’s coming out.

Something to be aware of as well is the statute of limitations for non-compliance. Technically, if you make any form of errors within your retirement plans, right now it’s a three-year limitation. That’s going to double, and with the additional money going to the IRS to investigate more tax evaders, they’re going to find more things. Just something to be aware of, make sure that your accountant is taking care of this and treating things properly.

Now let’s discuss some things you can do now to make sure you are saving as much as possible in taxes before the end of the year.

Podcast: The Best Time to Plan for your Financial Future

Kiplinger: The Right Dividend Stock Fund for You