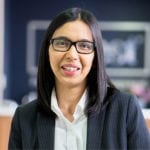 History teaches us that the interplay of a country’s macroeconomic factors — gross domestic product (GDP) growth, debt, inflation, unemployment rate, budget balance etc. — propels its boom and bust cycles. The confluence of a low unemployment rate and a  growing budget deficit in the U.S. today is unprecedented for peacetime economies. A brief look at recent patterns of federal debt and deficit can shed some light on what may lie ahead for the U.S. economy and Altfest’s investment strategy for your portfolio.

In April 2018, the unemployment rate in the United States hit a rare low of 3.9 percent. While it dipped below 4 percent for a brief period in 2000, the last time since the post-World War II boom that it stayed below that level for a sustained period was in the late 1960s.1

An aging population, low participation rates, skill gaps and lack of capital investments may contribute to the unusually low unemployment rate today. Yet the current labor market is characteristic of a maturing recovery. We remain cautious about how long this economic growth can last.

Traditionally when labor markets were strong, budget deficits narrowed as tax receipts swelled during boom times. But today it’s different. An ultra-low unemployment rate now coincides with a soaring budget deficit. The only other times in the post-World War II era when this perplexing trend was pronounced were in the early ’50s during the Korean War and late ’60s amid the Vietnam War.2 During periods of war, sharp rises in defense spending lead to an increased gap, which may explain those elevated deficits.

What else causes large U.S. budget deficits? In the early 2000s, new tax cuts coincided with wars in Iraq and Afghanistan, shrinking revenues and raising spending. Deficits also can grow in peacetime. In the early 1980s, tax cuts shrunk government revenues as defense spending soared.3 Severe economic downturns, such as the recession in the mid-’70s, also have amplified deficits.

The mid-’90s marked an encouraging inflection point for the American economy when restrained spending coincided with economic growth spurts, against a backdrop of elevated corporate profits, low inflation and a vibrant labor market. The health of the federal budget in late ‘90s not only surprised on the upside, it diverged from large forecast deficit projections.4

The increased deficit we face today is thus a consequence of anemic growth, elevated spending or, occasionally, both. Irrespective of the mechanism that gives rise to the deficit, the cumulative deficits over time roughly translate into higher outstanding public debt, which is essentially the money that the government borrows from the public to finance its deficits. For most of the period between 1968 and 2008, federal debt held by the public stayed well below 40 percent of GDP. Following the Great Recession of 2008, however, that debt has ballooned, exceeding 75 percent of GDP by the end of 2017.5

Today, the strong labor market coincides with a lower tax regime and rising spending. The $660 billion deficit in 2017 was about 3.5 percent of GDP, which exceeds the past 50-year average of 2.9 percent. The deficit is projected to grow to almost $1 trillion by 2019 (approximately 5 percent of forecast GDP), mostly due to an anticipated drop in revenues as a percent of GDP. 6

Paradoxically, federal debt-servicing costs (or interest rates) have remained exceptionally low despite a remarkable upsurge in government borrowing during the post-financial crisis era. The apparent disconnect can be explained partially by the unconventional monetary policies pursued by global central banks during this period.

The U.S. Federal Reserve, for example, kept interest rates near zero, lowering the Treasury’s borrowing cost for almost a decade. In addition, it embarked on Quantitative Easing (QE) by purchasing federal debt to stimulate the economy, carving a relatively smooth path out of the Great Recession. As the economy has stabilized, QE has been ended and interest rates are rising again. This path of policy normalization is likely to continue until the next recession hits.

We expect the upward U.S. economic momentum to continue in the near future. But we believe in the overarching theme of actively managing risk to create value for our clients at this phase of the cycle. Expected normalization in interest rates and inflation both have profound implications on all asset classes, so our investments will reflect the importance of these new trends in portfolio risk allocation.

* All numbers are approximate

Sush Poddar is an Investment Strategist at Altfest. Prior to joining Altfest, she was an Executive Director at a large investment bank. She holds an MBA in International Finance from Thunderbird School of Global Management at Arizona State University.