A Case for Optimism in a Volatile Year 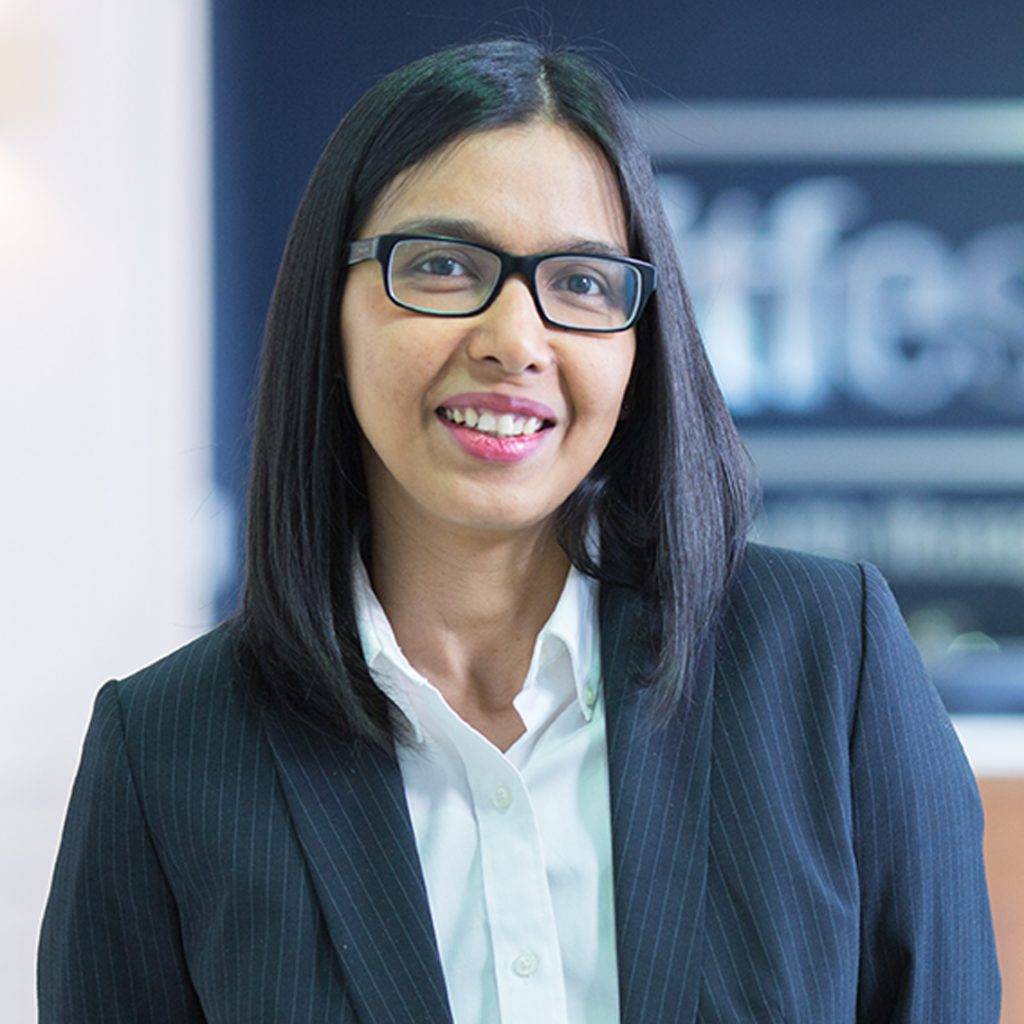 2020 has been a year of unprecedented upheaval – from the COVID-19 pandemic, to extreme shocks to global economic growth, to historic spikes in unemployment and nationwide protests fueled by racial divide. At the same time, the many weaknesses in the U.S. healthcare supply chain and social safety nets have been exposed. This year easily could be cause for despair — or, as Investment Strategist and Portfolio Manager Sush Poddar suggests, also a reason for hope.

In this article, Sush examines how the U.S. arrived at this point, and how that history could help inform what’s to come.

Read the full article below

A Case for Optimism in a Volatile Year

A relentlessly escalating series of events will forever distinguish 2020. The year started on a categorically optimistic tone with the Phase 1 agreement in U.S.-China trade talks, which manifested itself in unbridled optimism in financial markets. The endemic wrought by SARS-CoV-2 then catalyzed a global economic crisis of proportions not experienced since the Great Depression. The shock exposed deficiencies in various facets of the global socio-economic structures.

Growing economic linkages between countries with diverging political ideologies have left critical supply chains vulnerable, undermining national security and public safety. Globalization has led to the pursuit of high operational efficiency at the expense of robustness. When times are good, for example, the U.S. is inundated with cheap goods from the rest of the world. But during the peak of the pandemic, we have lacked basic necessities such as personal protective equipment (PPE) for health-care professionals and ventilators for critically ill patients. Choices that were unthinkable in an advanced economy, such as having to decide who receives ventilators and how to ration PPE, had to be made, exposing the hidden costs and fragility of the existing system.

The Toll of Unaffordable Necessities

Since the early ’90s, fast globalization was thrust upon workers, and a large part of the workforce found itself unprepared and untrained for the challenges that ensued. Severe fault lines have been exposed by the promised world of a globalized economy. Economic mobility has been in consistent decline in the U.S. for the past few decades. Wages have stagnated. Per the Congressional Research Service, inflation-adjusted wages for an average worker have increased merely 6% on a cumulative basis over the past 40 years. Yet the top 10% of earners have experienced a 38% cumulative wage growth.

During the same period, college degree holders on average experienced a 14% wage increase, while those without a college degree experienced a 12% decline. Many workers who lost their jobs to globalization lacked the necessary training to move on to newer parts of the information economy. In the meantime, high inflationary pressures in education have handicapped the pursuit of the American Dream for many. According to the National Center for Education Statistics (NCES), even after adjusting for inflation, the cost to obtain a four-year undergraduate degree today is about 2.5 times the cost 40 years ago.  The “credentialization” requirement — the phenomenon by which the country’s populace is becoming more educated without accompanying wage  growth — along with unsustainable inflation in education have propelled families to collectively incur a staggering $1.6 trillion in student loan debt. Data from the New York Federal Reserve shows that it represents about a 2.5-fold increase in student loans outstanding since the Great Financial Crisis (GFC).

Households (Ages 25-40) With No Student Debt Are Becoming Scarce 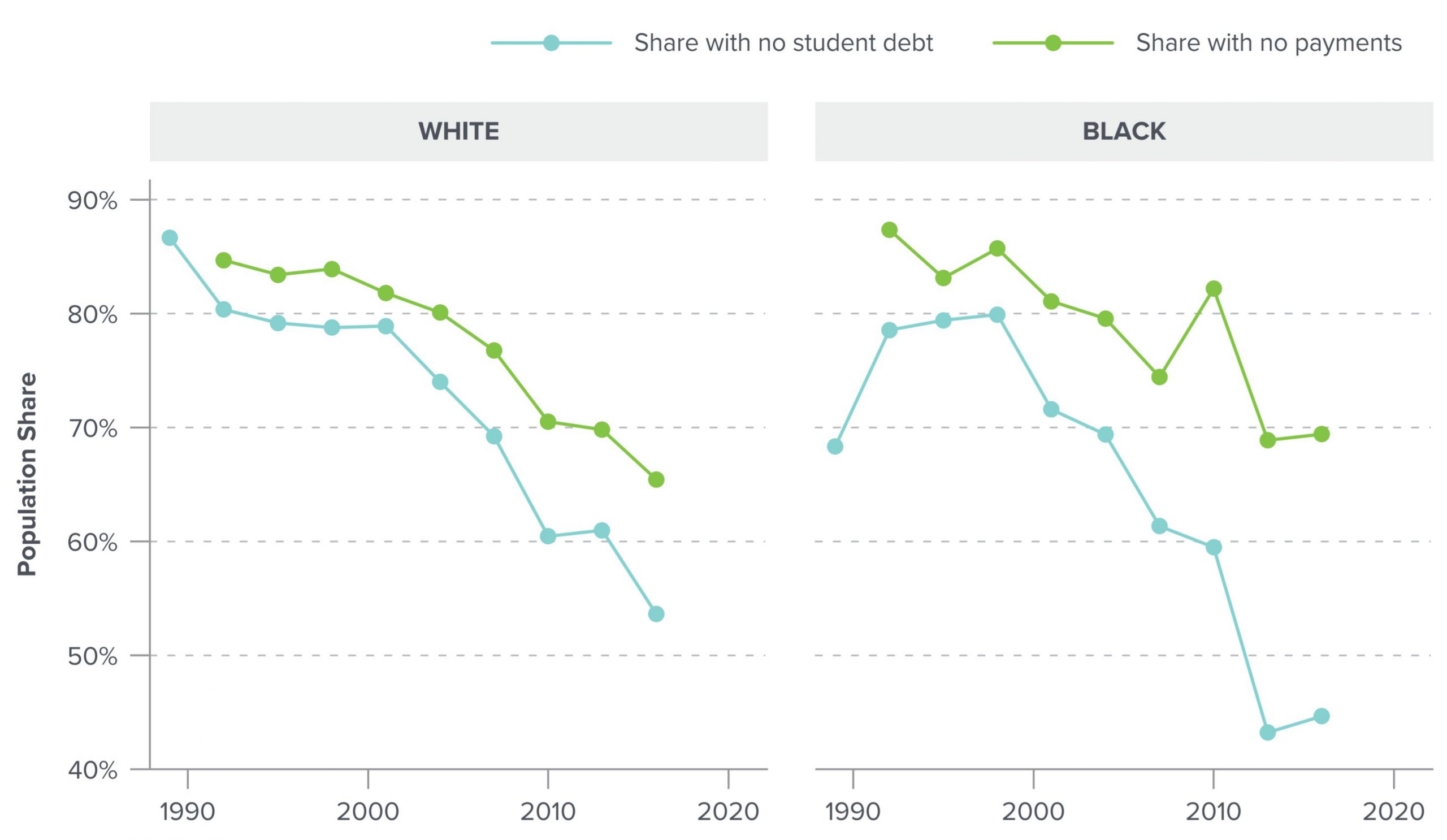 Student Loan Defaults Spiked After the Financial Crisis. Will This Time Be Different? 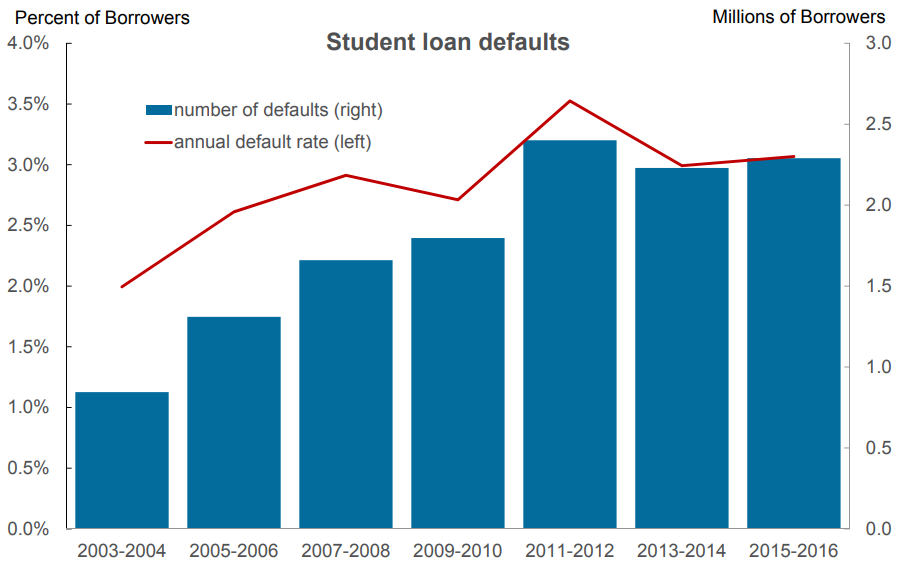 A similar inflationary spiral in the Healthcare sector has left a large part of the American population without access to basic healthcare. The Journal of the American Medical Association (JAMA) estimates about 60% of personal bankruptcies in the U.S. involve catastrophic medical expenses. The health and economic blow of the COVID-19 pandemic has exposed the vulnerabilities of a large segment of the population at the ominous intersection of those who are economically left behind and those who lack social safety nets.

To understand the current happenings from an economic perspective, let’s look at the sequence of recent events. High levels of hospitalization and death from COVID-19 called for a drastic measure – sheltering-at-home – which resulted in an alarming rate of unemployment, leading to aggravated financial uncertainty and anxiety, especially in households living paycheck to paycheck. The incident of police brutality leading to the death of George Floyd further shed light on U.S. racial inequality and its ill effects on a significant part of the population. The trauma that followed revealed itself in the form of mass protests reflecting a sense of profound skepticism of the prevalent growth-paradigm as Floyd’s death at the hands of police, in the public mind, symbolized the continuation of centuries of socio-economic oppression and lack of social-inclusion for minorities. 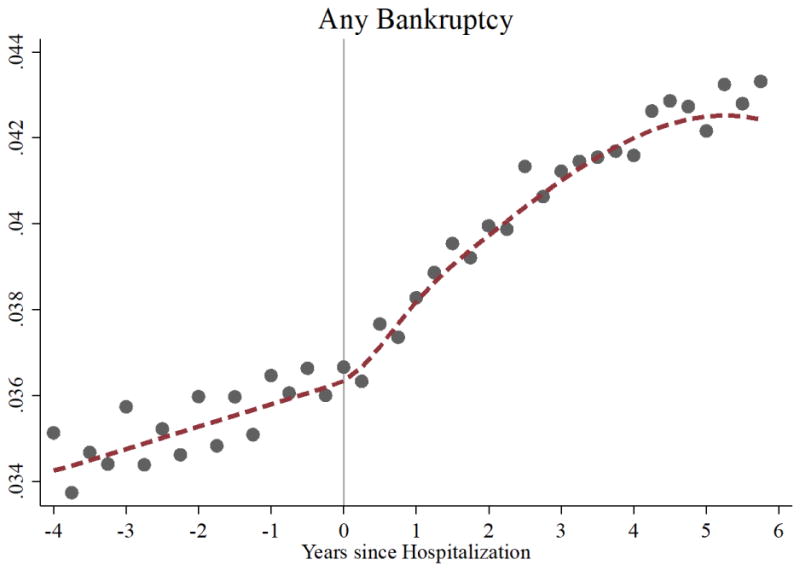 Pervasive Bias and the Marginalized Majority

Discrimination has been a pervasive and deep-rooted facet in human societies to an extent that it would be precariously fractious to even debate whether it is a feature or a bug of social evolution.  Recent attempts to understand the biases in machine-driven decisions inform us about the pervasiveness of unconscious bias. Stated differently, individuals and societies need conscious deliberation, reflective debates and intellectual rigor to identify, understand and acknowledge their internal biases.

Although often we are in denial, our individual and societal biases and prejudices continue to manifest themselves in some form or another, distancing us from one another by factors such as religion, gender, race, ethnicity and nationality. As a matter of fact, when we scrutinize the numerous ways people can be categorized as a minority, new patterns can emerge.

In the U.S., for example, the blue-collar Rust Belt factory workers now constitute one such “marginalized group” that got neglected in the globalization race, and many find themselves out of work, unprepared for the new era of jobs and victims of an opioid crisis, rising disease and unexpectedly high mortality in the post-GFC era. Relying on the traditional taxonomy of minority, which is driven predominantly by demographic characteristics, may have prevented the establishment from identifying and aiding this emerging minority group who have been in dire need of appropriate support to narrow skill gaps necessary to transition from the pre-globalization factory work to the ruthless competitive forces of the current globalized economy.

If we take a step back, we observe a more generalized pattern: Many of these “minorities” constitute the financially or politically at-risk part of the social order as they lack the lobbyist or advocacy support to give them a voice in the corridors of power and policy in a democracy. Today, we are at a juncture when it is critical to recognize the needs of those who would be left nearly defenseless amid the early 21st century Fourth Industrial Revolution unless the education, health-care, and digital infrastructures are made accessible to prepare them for the challenges of the new age. 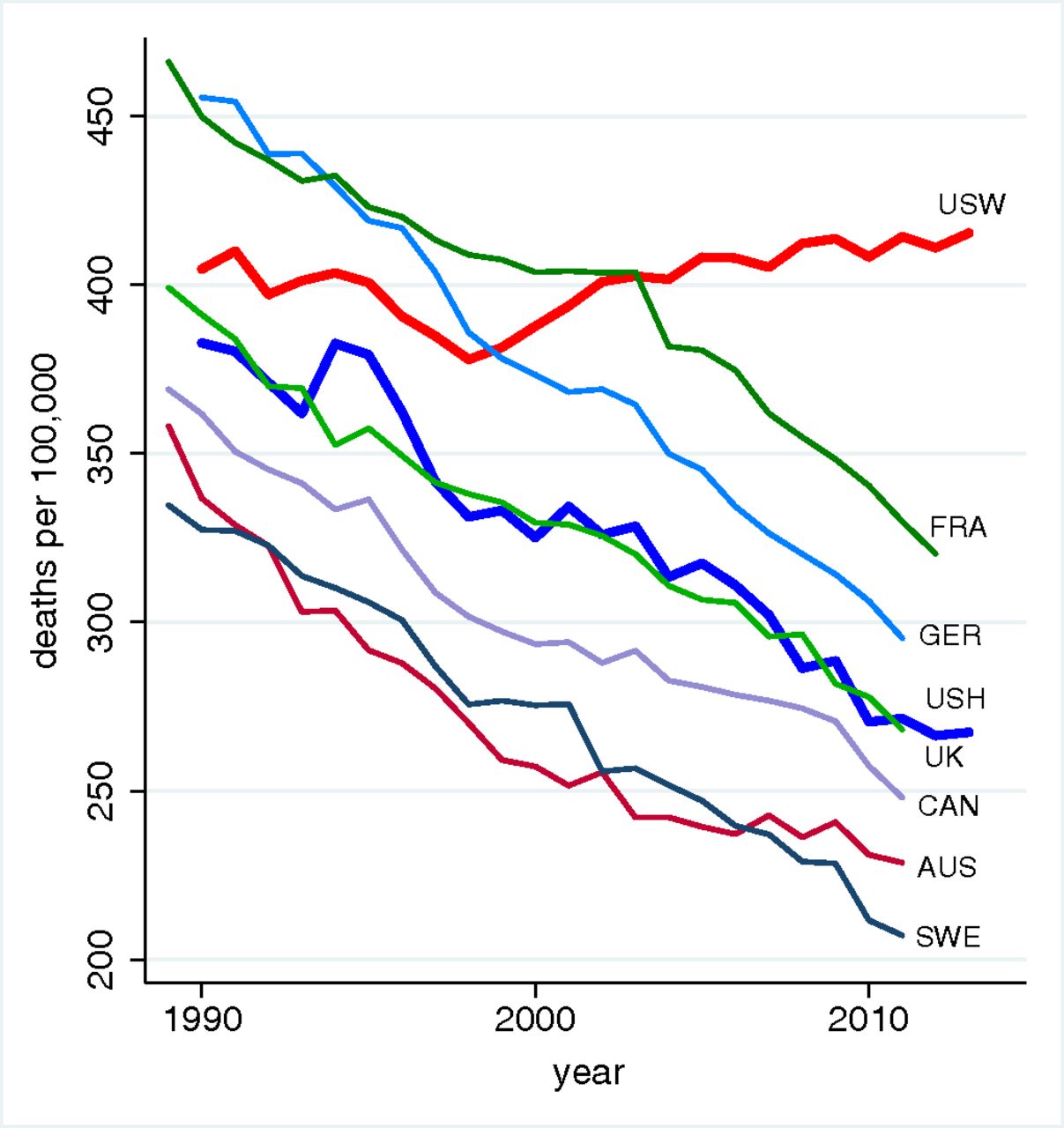 The Pareto Principle hypothesizes that in cause-effect relationships, roughly 80% of the effects come from 20% of the causes. In other words, just 20% of actions may contribute to 80% of outcomes. Twenty percent of the labor force may deliver 80% of total output. Similarly, 20% of customers may account for 80% of total profitability.

With this in mind, a wealth or income gap may seem unsurprising if about 20% of the world’s people control around 80% of the wealth, or if the 20% of the top earners account for 80% of the tax revenue for governments. Yet, if capitalism is the vehicle that has to facilitate such Pareto outcomes, its development path must recognize that the lack of basic safety nets for the underserved can be a rather unsettling equilibrium where low productivity and anemic economic growth become prevalent. The grim concoction of poverty and lack of opportunity can easily lead to desperation, unrest and chaotic turbulence, undermining the very fabric of capitalism, especially at times when despair and discontent of the marginalized reach a crescendo searching for an expression.

The American Dream is built on the concept of the promise of upward mobility for all. It’s traditionally been seen to ensure democracy, rights, liberty, opportunity and equality for every American, with an implicit understanding arising from our Declaration of Independence that “all men are created equal… with certain unalienable Rights, that among these are Life, Liberty and the pursuit of Happiness.” If a society perceived as being equal-opportunity is to deliver on its promises, then it has to ensure that the productively aspiring would have a fair shot to transition from the 80% to the 20%.

While recent events point to some grave deficiencies in our current economic development and social order, debates and civil disobedience are tried and tested mechanisms for bringing about structural reforms and justice in this society. For example, debates are an integral part of how our democratic system operates. Whether it be senators discussing legislation, or an incumbent president seeking re-election, they must engage in debates, intended to demonstrate that no authority is beyond question. Protests similarly are an integral democratic mechanism that brings forth issues of critical importance for the people. That said, in the quest for rights and liberty, one must remember an observation made by the American jurist Oliver Wendell Holmes Jr.: “The right to swing my fist ends where your nose begins.” It would also be an onus of an impartial media and its privileged commentators to understand and isolate those who are protesting peacefully for a cause and those who might be opportunistically taking advantage of the pandemonium.

Progress in American history has been a tale of dynamism, demonstrating that risks can be turned into resilience — a journey replete with instances of civil disobedience or resistance movements against the established order that eventually led to profound changes in how the society operates. And this moment in time need not be any different.

Interested in speaking about your investment portfolio or another pressing financial concern? Contact your Altfest wealth management team or schedule a complimentary consultation at this link.

Sush Poddar, MBA, is an Investment Strategist and Portfolio Manager at Altfest Personal Wealth Management. Prior to joining Altfest, she was an Executive Director at a large investment bank. She holds an MBA in International Finance from Thunderbird School of Global Management at Arizona State University.

*All numbers are approximations

Why do corporate profits matter for your portfolio?

Inflation is high – could consumer optimism make it worse?

Rethinking 65: Is Your Staff as Well-Diversified as Your Clients’ Portfolios?

Video: Lunch With Lew & Andrew, How Altfest is Investing in the Current Environment

MarketWatch: This veteran money manager has seen it all. These 19 dividend stocks pass his rigorous quality screen right now